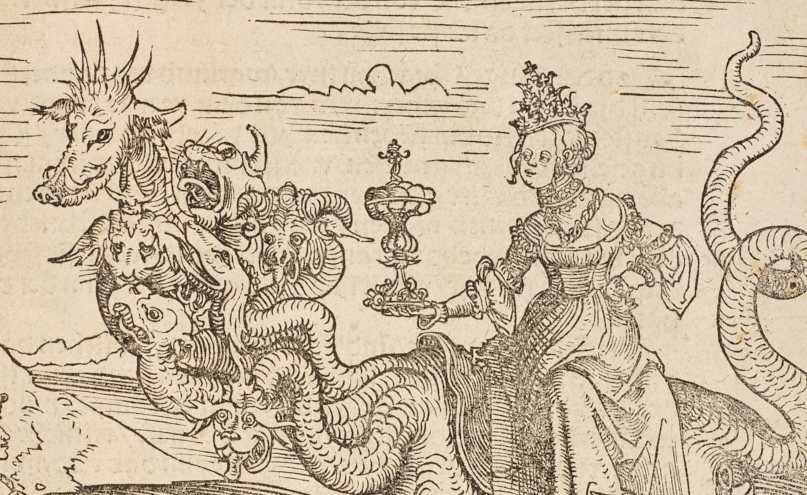 How do you define truth? In medieval Europe, it was often thought that truth came from ancient texts in Latin or Greek, passed down through generations and only accessible to those who could read them. The truth in these texts could then be spoken to others who couldn’t read, or didn’t understand ancient languages. And few texts were more important in European society than the Bible.

Since the 5th century, most European churches had been using a version of the Bible known as the ‘Vulgate’, translated from Hebrew into Latin by St. Jerome. Around 1000 years later, new scholarship and access to more Biblical texts gave European scholars fresh insight and revealed a number of errors in the established Vulgate. The truth, it seemed, was in the translation: scholars began to realise how a slight mistake, or the decision to use a particular word, could change the meaning of a whole passage.

Martin Luther, who was professor of theology at the University of Wittenberg, had read these newly accessible texts with interest. Luther felt strongly that the Bible, as the Word of God, should be available to everyone in a way they could understand. Translation of God’s Word was naturally a challenging task, to make sure that the truth of the message was not distorted as words were changed. Luther believed that he had been called to spread this truth and was eager to create a new German translation of the Bible. Unlike earlier translators, he used a new Greek version of the original texts edited by the scholar Erasmus (c.1469–1536), rather than the Vulgate, since he believed it held more truth.

In three months, during his period of hiding at Wartburg castle, Luther completed his translation of the New Testament into the everyday language of the German people. This became one of the most influential translations, both because of its accessibility to ordinary people, but also because of the later rise of a sense of German nationality.

The text was published swiftly in September 1522 at Wittenberg and became known as the ‘September Testament’. Neither the printers nor the translator were mentioned on the titlepage: this was not unusual in Bible translations, but it may also have been to protect commercial sales from Luther’s infamy across Europe. One of the financial backers was the Protestant artist Lucas Cranach, whose workshop supplied the twenty one striking woodcuts included in the volume.

Illustrating the book of Revelation with apocalyptic scenes, these vivid images were an aid to the reader and perhaps more controversial than Luther’s translation. Three of the woodcuts depict monsters wearing the Papal Tiara, the crown of the popes, visualising Luther’s accusation that the pope was the antichrist. Perhaps the most provocative of these images is the Whore of Babylon, wearing the Triple Crown, surrounded by a crowd of worldly worshippers.

It was these images, rather than the text, which were considered the most offensive. In November 1522, Duke Georg of Albertine Saxony banned the printing and dissemination of Luther’s New Testament citing the ridicule and insult they heaped on the pope. In spite of this, the translation was hugely popular, even though it was expensive (costing around 2 weeks’ wages for a baker). A second printing followed in December, but changes were made to the images, as well as the text. All traces of the triple, Papal crown were removed, leaving the Whore and other monsters with a single crown to mark them out.

Some later editions were copied from the first and included the anti-papal propaganda, proving that Luther’s views and suspicions were still widely held. But it was the words which would prove decisive: spreading the Bible to all German speaking people who could read, or listen to literate preachers.

Definitions of truth have grown fluid over the centuries since the Reformation, none more so than aspects of faith and belief. Luther’s September Testament represents what he and his fellow reformers believed to be the ultimate truth, in word and image, given directly by God and spread to ordinary people. This truth was influential, but only one of a number in the turbulent Europe of the early sixteenth century, inspiring complex conflict and debate which would last for centuries to come.

The early years of the Reformation demonstrate the questioning, curiosity and determination which would be swept away by violent persecution and fighting in the decades which followed. This autumn, The Reformation exhibition at John Rylands Library explores the battle of beliefs in print from 1517-1547, contrasting Luther, Henry VIII and William Tyndale as radical, rogue and renegade.

8 comments on “Truth in translation”