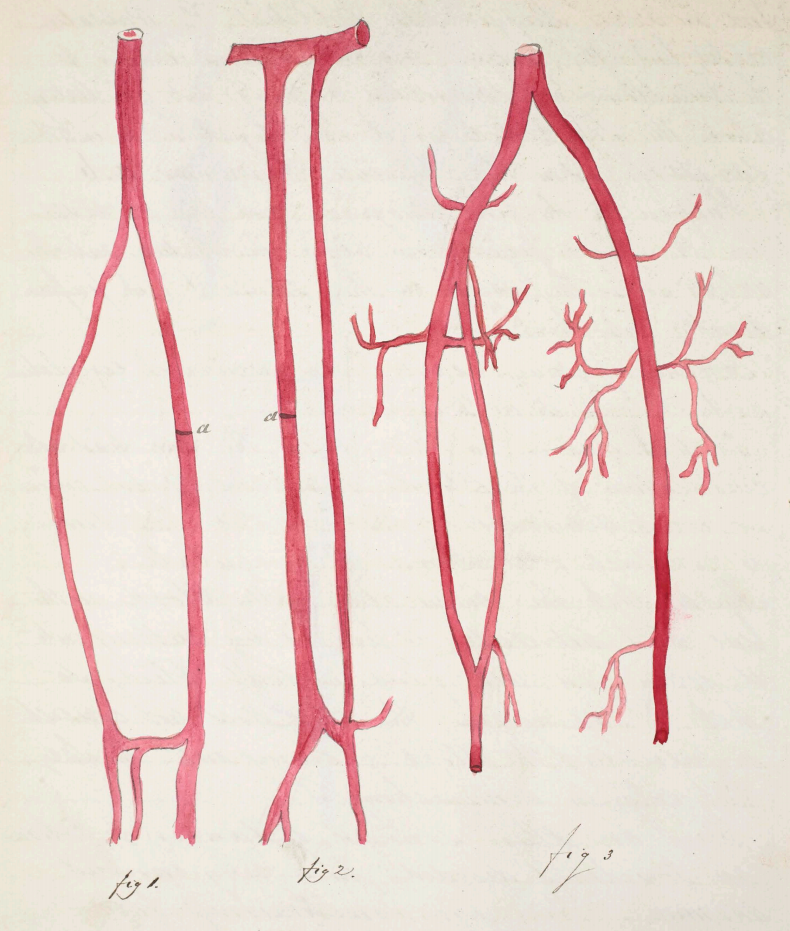 I’m delighted to announce the recent digitisation of two unique books from our 19th-century medical collections.  Available online in full for the first time (see links below), both items are associated with Manchester surgeon John Hatton (1817-71), who was apprenticed to the pioneering physician Joseph Jordan (1787-1873).  Jordan is credited with founding the first ‘provincial’ school of anatomy to be recognised by the Society of Apothecaries.

The Dublin Dissector is a printed manual interleaved with Hatton’s manuscript illustrations, and is my favourite discovery from a current Wellcome-funded project.  The ‘Surgical lectures of Joseph Jordan’ is a heavily-illustrated manuscript copy of Joseph Jordan’s lectures on anatomy, offering an insight into Jordan’s teaching as well as representations of the medical body in the early 19th century.

Dr Peter Mohr, Honorary Curator of the Museum of Medicine and Health, is currently researching John Hatton and has kindly offered the following biographical note:

From 1833, John Hatton was apprenticed as a medical student to Joseph Jordan, the founder of the Manchester Mount Street Medical School (1826-35). Hatton qualified with Licentiate of the Society of Apothecaries (LSA) in 1836 and Membership of the Royal College of Surgeons (MRCS) in 1839. Hatton’s copy of the 2-volume Dublin Dissector (1831) is held in the Medical Print Collections at the University Library. Volume 1 is signed and dated ’26 January 1833′ and marks the start of his apprenticeship, while volume 2 is dated ‘1837’ and inscribed ‘9 Bridge Street, Manchester’─ a time when he was studying for his MRCS. His copy has interspersed blank pages which he has used to illustrate anatomical structures with pen and ink sketches. The Dublin Dissector was written by Robert Harrison (1796-1858), Professor of Anatomy in Dublin, was the most popular dissecting manual of the time.

During 1837-38 Hatton was acting as Jordan’s assistant at Manchester Royal Infirmary and made a hand-written copy of Jordan’s lectures on surgery, which is now in the University’s Medical Manuscripts Collection. The lectures were the final part of Hatton’s training and he intended that his ‘copy’ should be a gift for Mr Jordan. He signed and inscribed it: ‘presented to Joseph Jordan Esq., as a slight testimony of esteem & regard, by his obedient servant, John Hatton, 10 February 1838’.  He documented 20 lectures and added several excellent drawings to illustrate the text.

By 1841 Hatton was living on Oxford Street and working as Consultant Surgeon to the nearby Chorlton-upon-Medlock Dispensary on Cavendish Street. He kept detailed records and in 1854 he produced a map of cholera cases and published his report on the ‘Sanitary Conditions of Chorlton-upon-Medlock’. He was the Regional Secretary for the British Medical Association for many years, but he had to retired in 1860 due to chronic renal disease. He died in 1871 and is buried in Bowdon.

With thanks to the Imaging Team and Dr Peter Mohr for their expertise.