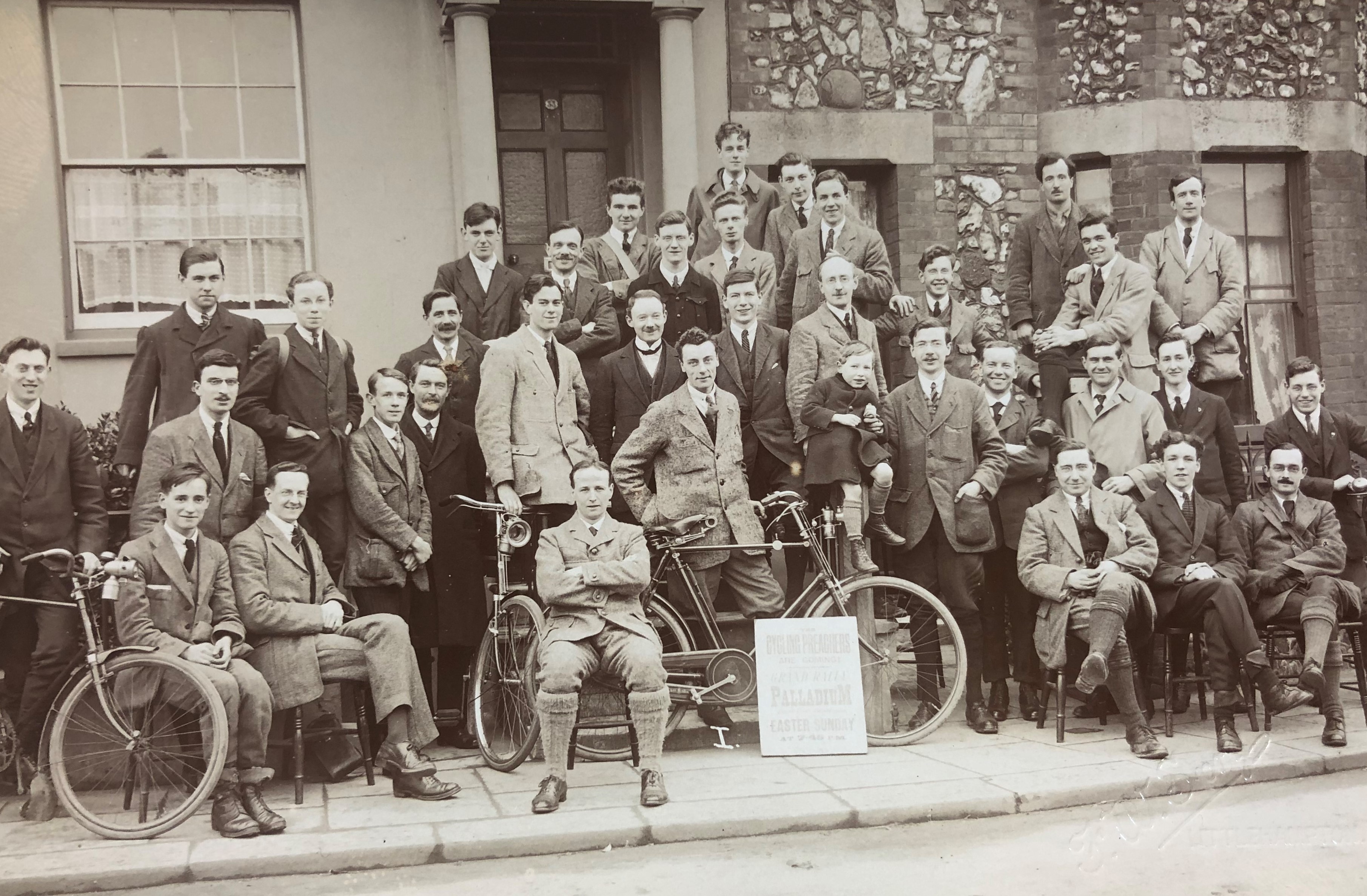 I’m pleased to be able to share with you details of the London Village Workers collection, part of the Christian Brethren Archive, which has recently been catalogued by Karen Jacques.

The London Village Workers were a group of Brethren who worshipped in London based assemblies and organised trips to villages in south east England to share the gospel with local residents during the first half of the twentieth century. Evangelistic campaigns had been an important tool in the expansion of the Brethren movement throughout the second half of the nineteenth century, but tended to be rooted in the activities of members of individual assemblies. However, by the 1890s, assemblies began to work together to plan their evangelical and outreach pursuits. The activities of the London Village Workers are an excellent example of this type of collective work.

The workers usually travelled to villages outside London, where they held open air meetings on Saturday afternoons and evenings as well as at Easter and Whitsun. Workers also called door to door, distributing tracts, inviting people to attend prayer meetings and to share fellowship. Children attending the meetings were often sent copies of the Boys and Girls magazine.

The collection contains a wealth of material which provides an insight in to the meetings. There are several notebooks dating from 1939-1958 documenting the activities of the ‘west’ section, which visited villages in Middlesex, Buckinghamshire, Berkshire and Surrey. The books describe each of the visits, including the location, a description of the weather, how many Brethren workers were present, the number of people attending the meetings, how many houses they visited and how many tracts were distributed – often many hundreds of houses were visited and close to 1000 tracts distributed in a single visit. For the Easter and Whitson tours, the workers from the ‘west’ section often joined forces with those from other parts of the London and travelled further afield, often down to Kent or the south coast. The accounts never fail to give one further important detail – where the workers stopped for tea!

In addition to the notebooks, there are more than 90 photographs and postcards, some containing notes about the dates and venues, as well as a small selection of tracts and prayer cards, possibly examples of those distributed by the workers at the meetings.

The London Village Workers collection gives a fascinating insight into the evangelising activity of the Brethren in south east England during the early and mid- twentieth century. Full details of what’s in the collection can be seen on our online catalogue, and the collection can be consulted in the Special Collections Reading Room at Main Library.

0 comments on “The London Village Workers”