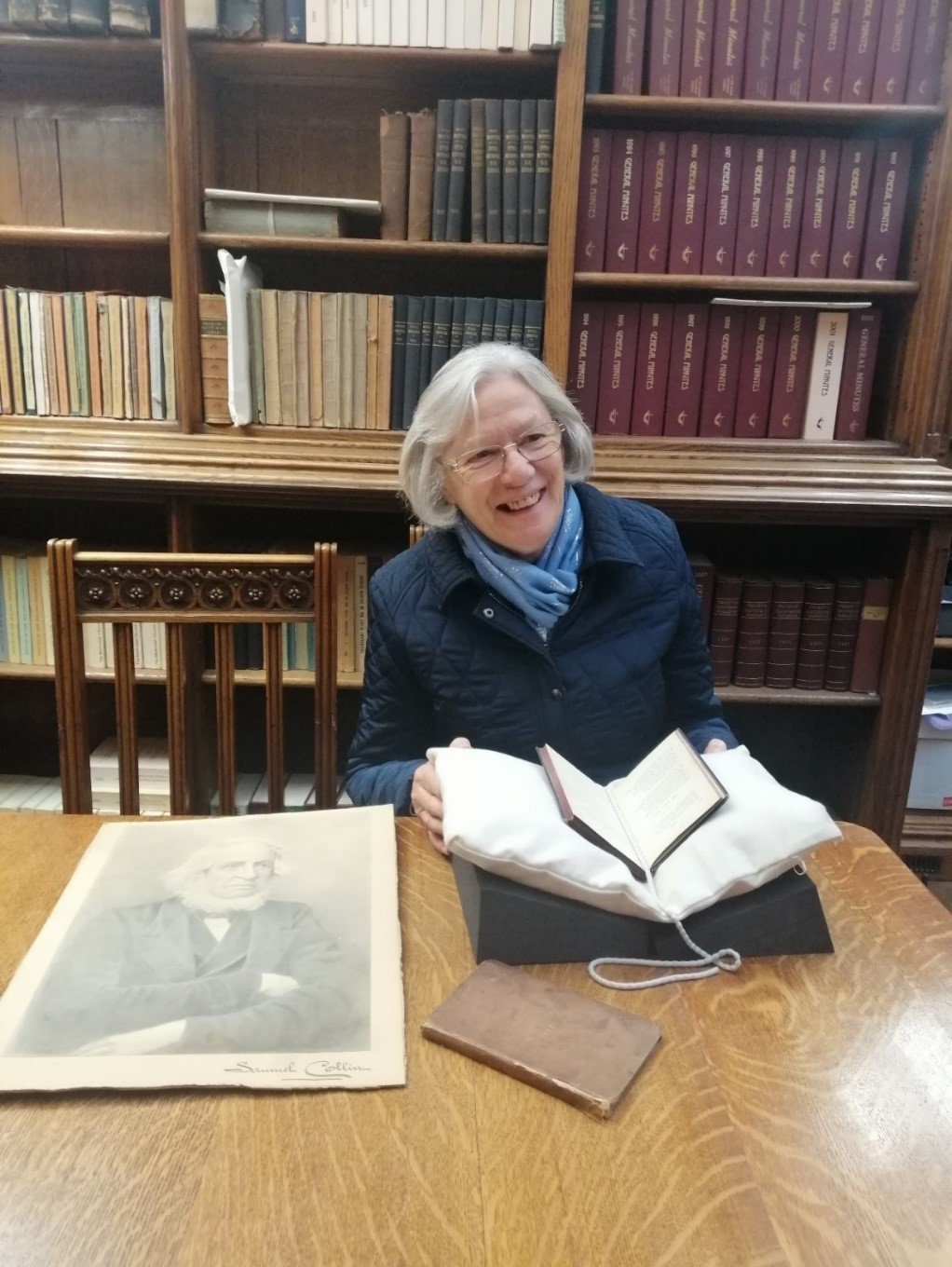 As a result of the Library’s recent exhibition Peterloo: Manchester’s Fight for Freedom, two generous donations have been received. Both extend our knowledge of Manchester’s radical past. The first arrived mysteriously in the post in the summer – there is nothing a curator likes better than an unexpected parcel! After undoing the wrapping I was thrilled to see it was a printed verbatim account of a meeting held in Kirkcaldy, Scotland, in the autumn of 1819 expressing horror and outrage at the Peterloo atrocities.  Its existence shows how Peterloo was a national affair that mobilised reform sentiment across the Kingdom. 1819: Meeting of the Radicals at Linktown in Kirkcaldy (to give the shorter handwritten title) is a fragile and rare publication.  Such cheaply printed pamphlets are ephemeral and few have found themselves in Library collections.

The Peterloo radicals inspired the next generation of political activists and so it’s fitting that our second donation concerns a hand-loom weaver from Chadderton near Oldham who was present at Peterloo and later became an active Chartist and dialect poet. It came into the Library via Jennifer Tonge the great great granddaughter of Samuel Collins whom I met at a Peterloo conference held at the People’s History Museum in May 2019. She donated two volumes of poetry written by Samuel Collins in Lancashire dialect and a large likeness of her ancestor. At the start of both volumes there is an identical biographical notice about Samuel Collins written by the well-known dialect writer Ben Brierley. Collins would have been 16 at the time of Peterloo and the introduction states that he attended the gathering at Peter’s Fields out of conviction, not just idle curiosity. In adulthood he joined the Chartist movement attending a branch that met at a private house at Ralph Green, Chadderton. In September 1840 the Chartist newspaper, the Northern Star, records that a Samuel Collins and some friends from Hollinwood contributed money to the fund gathered for ‘the wives and the families of the imprisoned Chartists’.

A quick perusal of the poems in the Wild Floweret shows that Collins was certainly no admirer of the charismatic and flamboyant Chartist leader Feargus O’Connor. He was deeply suspicious of both O’Connor’s readiness to advocate violent action if Parliament did not grant the six points of the Charter and his ill-fated Land Plan. In Shabby Feargus (sung to the tune of a ‘Yorkshireman in London’) the author’s distaste for physical force Chartism is evident:

Inside the front cover of the Wild Floweret there is a photograph of the author, which is particularly exciting as there are relatively few photographs of Peterloo eye-witnesses or indeed Chartists. More pleasing still is that the poetry books were accompanied by a larger version of this image. To the untrained eye it looked like a faded print from the photograph in the book. However on closer inspection by Tony Richards, one of the expert photographers employed by the Library, it is actually an ‘over painted solar enlargement’ also known as a ‘photographic crayon portrait’.  To understand the technicalities of this particular branch of Victorian photographic wizardry, visit the https://www.parisphoto.com/en/Glossary/Photochrome1/ webpage.

Hidden on the Library’s shelves is another link between Peterloo and Chartism. A letter pasted into the fly leaf of Volume 1 of Samuel Bamford’s Passages in the Life of a Radical (1841) expresses the hope that his book will educate working people thereby preventing them from becoming ‘ultra hot-headed dupes’. Samuel Bamford led the Middleton contingent to Peterloo and was imprisoned in the aftermath of the massacre. Twenty-two years later, although he supported the reform aims of Chartism, he was a firm advocate of moral force Chartism. His own experience at Peterloo made him a fierce opponent of Feargus O’Connor and other Chartist leaders who flirted with violence. The letter jubilantly notes that the circulation of his autobiography has already led to a dramatic decline in sales of the Northern Star newspaper (edited by O’Connor) in Middleton from 450 copies to 30. It seems likely that our dialect poet, Samuel Collins, living less than three miles from Bamford’s birthplace, would have read Passages in the Life of a Radical. Perhaps this accounts for the anti-O’Connor sentiment in his own poetry.

We are keen to preserve the story of the 200th anniversary of Peterloo so that the historians and curators of tomorrow will know how the city of Manchester marked the bicentenary. Material created by The John Rylands Library and the University of Manchester during the 2019 commemorations will be added to our Peterloo collection. This will include sound recordings, publicity, exhibition material and photographs of events held during the summer of 2019. If you have Peterloo ephemera that should be kept for posterity do get in touch.