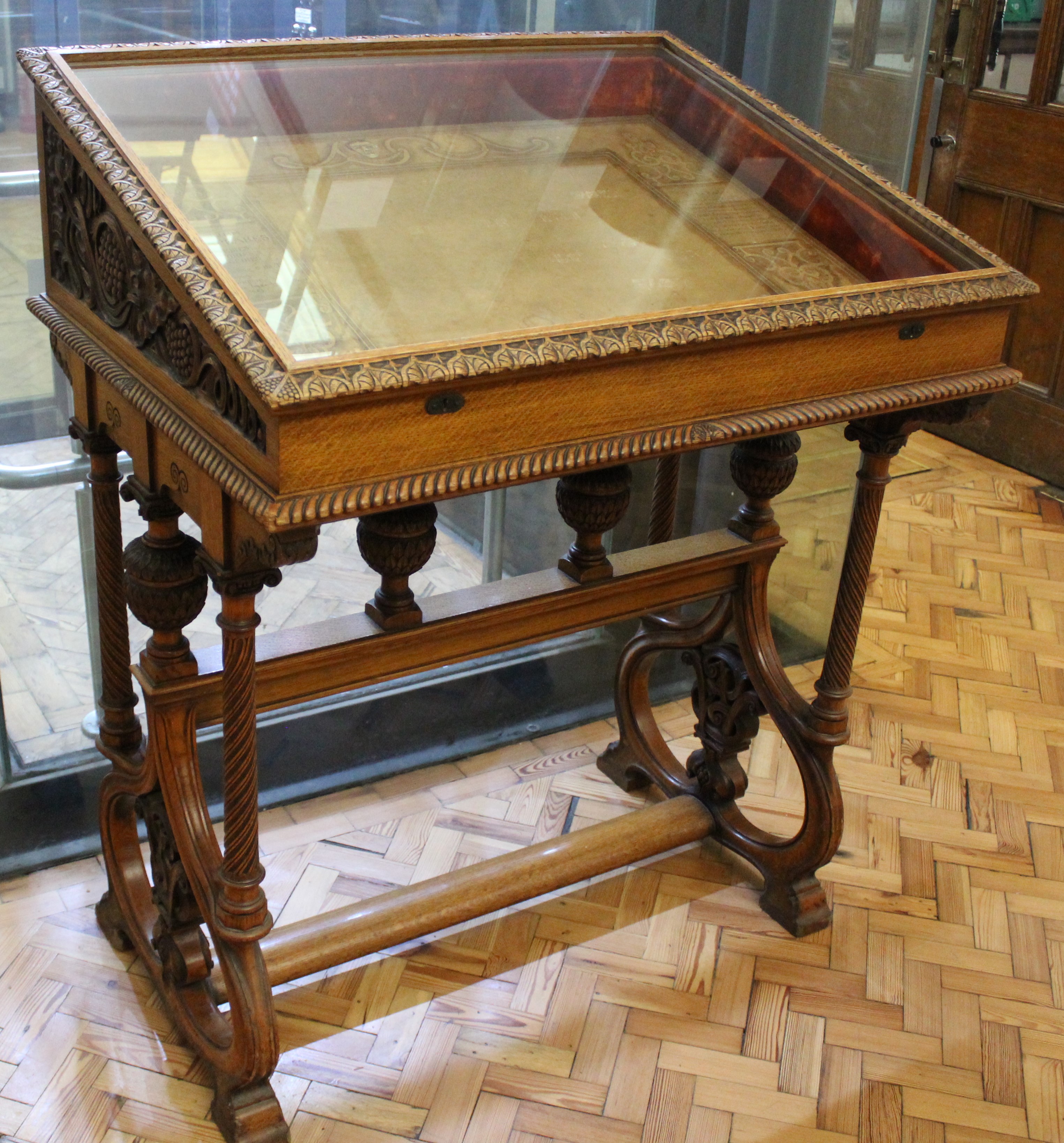 Today marks the 50th anniversary of the theft of the University copy of Shakespeare’s First Folio from the University Library (Main Library). Despite an extensive police investigation, the volume remains unaccounted for.

A statement issued by the University at the time baldly stated the known facts: “During the night of 12/13th July 1972, the plate glass top of the exhibition case containing the Shakespeare first folio in the University Library was broken and the volume was stolen”.

It was believed that the thief had entered the Library using a key, smashed the display case “with considerable violence” and then removed the volume. The story was soon picked up by local newspapers, but the University only made an official announcement about the theft two weeks later.

Descriptions of the Folio were circulated to the Antiquarian Booksellers’ Association, as well as libraries in the US, Germany, France, Belgium and Switzerland, in order to prevent any resale. Despite an assurance that “all sea and air ports are being carefully watched”, it is unclear what lines of inquiry the police were pursuing to recover it. Subsequent speculation about the motives for the theft has not yielded any hard evidence.

As well as being a major loss in its own right, the theft of the First Folio spoiled what should have been a time of celebration for the Library. Just a week after its disappearance, on 19 July, the Department of Education and Science confirmed the University as the trustee for the John Rylands Library, effectively completing the merger of the Rylands and the University libraries. This was announced at a press conference the following day, and possibly explains why full details of the theft were not released until after this significant event had taken place.

The First Folio, published in 1623 as Mr. William Shakespeare’s Comedies, Histories, & Tragedies, is one of the most important books in the English language. Two hundred and thirty five copies of this work are currently believed to be extant.

The University Library’s Folio had been donated in 1898 by Edward Donner (1840-1934), a local businessman and long-time member of the Council of Owens College and the University of Manchester. Donner’s benefaction was in honour of Thomas Ashton (1818-98), a cotton industrialist and the driving force in raising funds for the expansion of Owens College at the Oxford Road site in the 1870s.

Donner had purchased the Folio, described as “a fine and nearly perfect copy”, from the London book dealer Bernard Quaritch for £500. Acquiring the volume was quite a coup, as copies of the Folio were being bought up by wealthy collectors in the United States. In 1902, a specially-designed case was constructed to house the volume. It was originally on display at the Christie Library before moving to the Main Library after it opened in 1936.

In 1902, the literary scholar Sidney Lee published his ‘census’ of extant First Folios, in which the Library copy was listed as number LXIII. It was described as “very clean, bound by Bedford [19th century bookbinder]; flyleaf in facsimile; title mounted; last leaf re-bordered at top and bottom”. The Folio also had some special features: the last page of the final section was mis-numbered “993” rather than “339”, and the famous engraving of Shakespeare showed 12½ buttons on his jerkin, one less than is present in most copies.

Despite the importance of this theft, lack of progress in the police investigation meant that the memory of the theft has faded over the years. Fortunately for the Library, the merger meant that it acquired the Rylands’ First Folio, so this iconic work was not completely lost to Manchester.

The Librarian’s report for 1971/2  commenting on the theft concluded “the only hope is that this item, important to scholars and collectors alike, and in itself completely unsaleable, be recovered undamaged”. Some stolen Folios have been recovered, notably the Durham University copy taken in 1998. Unfortunately this has not been the case for the Library’s copy, but even fifty years on there is always the hope that new information about its fate may be forthcoming.