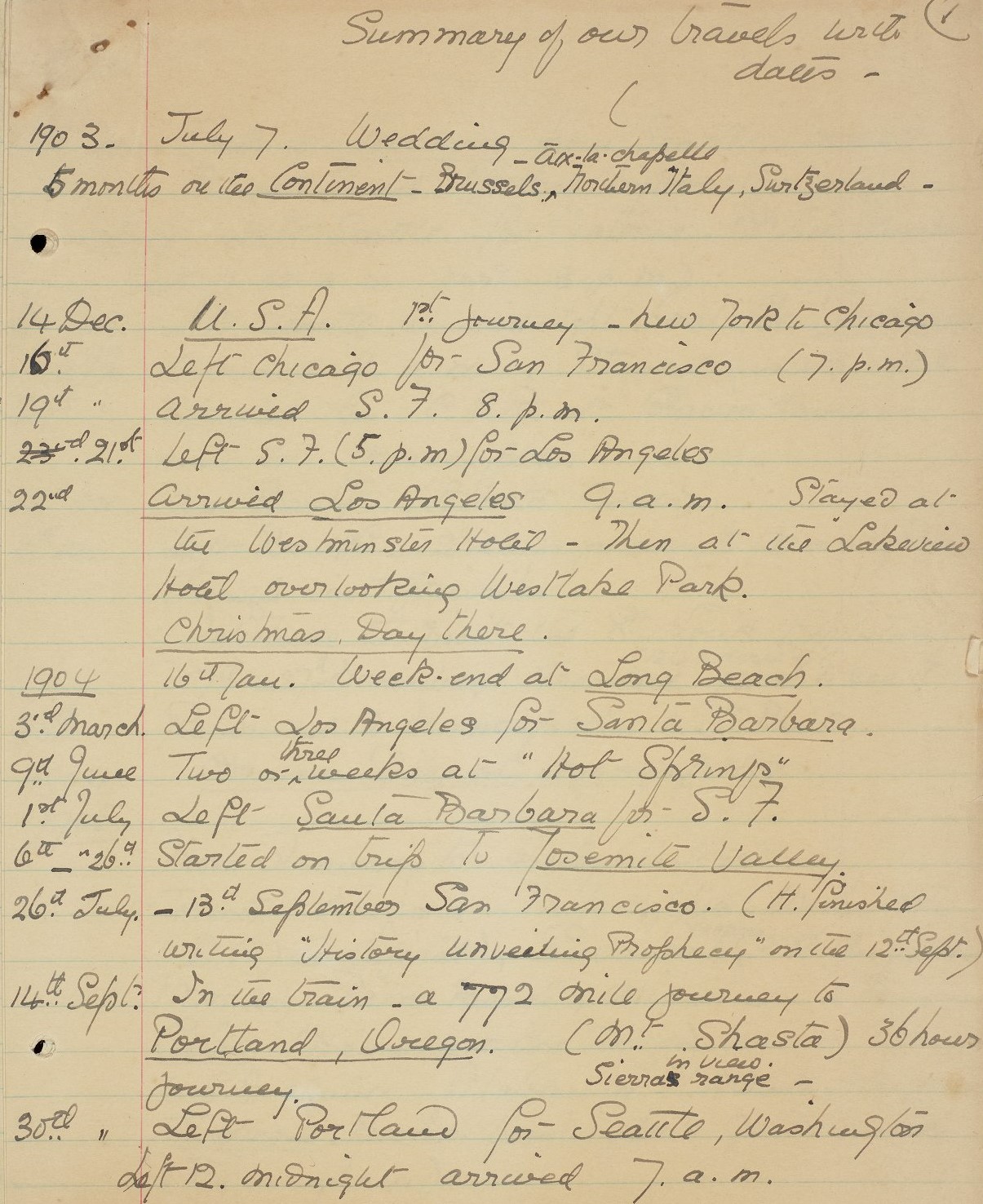 This series of blogs celebrates the lives of some of the Brethren women represented in the Christian Brethren Archive, beginning with Grace Grattan Guinness.

The Christian Brethren, through both Open and Exclusive streams, base their faith on Biblical Scripture. Through different understandings of the Scriptures, women within the Brethren have been given different and sometimes quite limited opportunities. F.F. Bruce, John Rylands Chair of Biblical Criticism and Exegesis at The University of Manchester (1959-1978) and founder of the Christian Brethren Archive (1979), highlighted that although some Brethren believed women were restricted to the service of their husband, others were very much for the development of Brethren women.[1]

In an interview for CBE International (Christians for Biblical Equality) in 1989, Bruce, a pioneer among evangelical biblical scholars expounds some of his thoughts on the Gospel of St. Paul in relation to women:

Bruce: Paul’s teaching is that so far as religious status and function are concerned, there is no difference between men and women.

Gasques: What about in practice? Does he not limit women’s role in leadership and in teaching in the church, and in leadership in society?

Bruce: No. If we have regard to the place that women have in Paul’s circle, he seems to make no distinction at all between men and women among his fellow workers. Men receive praise, and women receive praise for their collaboration with him in the gospel ministry, without any suggestion that there is a subtle distinction between the one and the other in respect of status or function. Anything in Paul’s writings that might seem to run contrary to this must be viewed in the light of the main thrust of his teaching and should be looked at with quite critical scrutiny.

Tim Grass briefly discusses some roles expected of Brethren women, including that women tended to be excluded from ministry and leadership tasks, with authority and education recognised as male responsibilities.[2]

[2] Tim Grass, Gathering to his name: The Story of the Open Brethren, (Milton Keynes, Paternoster, 2006)

Sally Hogg also provides insights into the roles of Brethren women, stating, “it was the woman’s role to sit quietly”, during service, and women did not have the same opportunities as men to contribute a prayer or Scripture to the group, unless through the voices of their husbands.[3] Women were also, “required to have their heads covered in obedience to Paul’s words to the women in Corinth”, a direct example of how important Scripture is within the Christian Brethren community.[4]

Female missionaries within the Christian Brethren also had their own set of restrictions. For example, women were allowed to travel around the world without being accompanied by a man, as was the usual custom. However when they came home, they were expected to return to traditional roles such as caring for their family and not working. The stories from their travels were only permitted to be told to other women.[5]

Born in 1877, Grace Grattan Guinness recognised some of these restraints from a young age, and she discusses these in her autobiography Peculiar People, published under the pseudonym ‘Septima’.[6] The text provides a fascinating insight into what it was like being raised in an Open Brethren family. An example from Peculiar People covered by many newspapers to mark the publishing of the book was that of Grace’s sister Mary, who attended an opera with a boy, resulting in her being sent to a missionary school for religious instruction. Alongside this, Grace also discusses the positives of this upbringing, leading to many newspaper reviews praising her honest but fair account of growing up in a Brethren family.

Grace achieved a tremendous amount throughout her life much of which challenged Brethren expectations of women. She was a committed evangelist, both accompanying her husband Henry Grattan Guinness with his evangelical work and continuing this legacy after his death with talks and lectures. Examples of the work Grace did for religious women’s groups can be found in her various journals. In 1917, Grace gave the address at the ‘Presbyterian Church of England Women’s Missionary Association’, and during the First World War, Grace worked alongside the ‘Coming of Age Ladies Guild’ making woollen clothing for Navy men fighting in the war. Grace herself describes this act as “[her] little bit in the Great War”. By aiding a variety of different Christian based religions, Grace’s vision could be compared to that of her father, Charles Hurditch, in that he moved away from the Exclusive Brethren due to their disregard of other elements of Christian Belief. Grace clearly challenged this ideal through-out her lifetime, by helping both Evangelical and Church of England groups.

Grace was a dedicated mother and after Henry’s death, she worked to support herself and her two young children. A woman occupying the position of head of a household was something that was frowned upon. Firstly, as Matron at St. Aiden’s Theological College in Birkenhead (near Liverpool) in the years between 1914 to 1920 and then at Whiteland’s College in Chelsea, London.[7] During her time in Birkenhead, Grace made her presence known through more than just working at the Theological College. The Birkenhead News from 14th March 1917, discusses the achievements of Grace as a prominent speaker of the Young Women’s Christian Association (YWCA). The article states how the YWCA has helped women working in the munition factories during the First World War in the UK, contributing £40,000 towards this cause.[8] Here, Grace used her faith to help other women during a turbulent period in our history.

Grace continued to push boundaries through-out her lifetime, including traveling to Egypt in 1939, as an unaccompanied woman in her 60’s. The trip is fully documented in a special journal and what is most poignant about Grace’s writing is how it conveys her view of the Egyptian landscape through her faith. In the village of Mataria, Grace discusses how the springs present here, “sprung up as the feet of baby Jesus touched the earth”. Ignoring the warnings of her companion, Grace cupped her hands and “drank from the bubbling water”.[9] Despite the risks associated with drinking un-boiled water Grace’s faith was so strong that she “banked on its traditional purity and was much refreshed,”[10] after drinking the water. The journal also includes a glossary of Arabic words, highlighting Grace’s intellect and her respect for other cultures.

The Grace Grattan Guinness collection in the Christian Brethren Archive evidences the life of a remarkable woman. Grace is the perfect example of how women can break free and be independent in their actions and their beliefs.