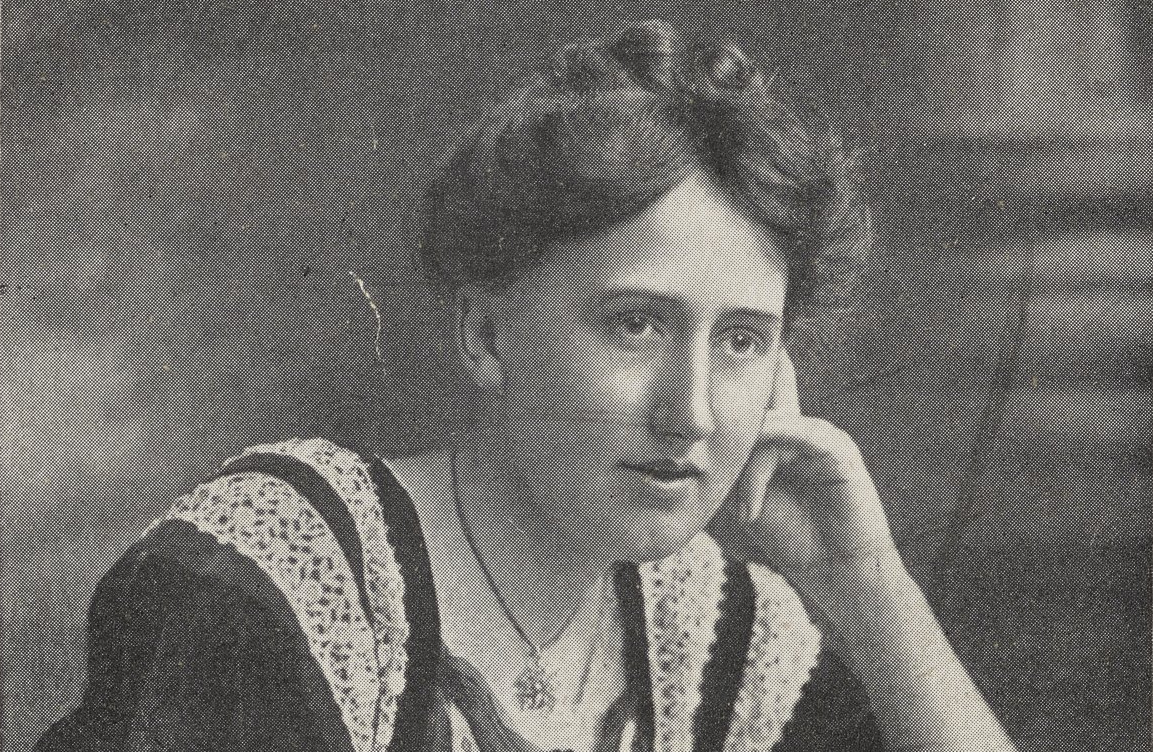 This is the first of two blog posts to accompany a display in Rylands Gallery. This first post explores 19th and early 20th century from the Library’s medical collections, currently being catalogued as part of a Wellcome project.

Founder of the Manchester Babies’ Hospital and first female medical graduate of the University of Manchester, Catherine Chisholm (1878-1952) rightly takes her place in the current Library exhibition Women Who Shaped Manchester. She is also the inspiration for a new display in the Rylands Gallery exploring the history of attitudes to menstruation through a diverse mix of material from our medical collections.

Until the early 20th century, there was no precise explanation of menstruation and medical definitions were largely informed by male specialists who had clinical contact with a small proportion of ‘unwell’ women.  Throughout the 19th century, therefore, menstruation was commonly cast in pathological terms.

Conducting a survey of 500 school girls, Chisholm’s pioneering thesis claimed that “no one but the sufferers can estimate the amount of pain.” Her findings challenged the notion that “incapacity” during menstruation was the norm and concluded that severe pain was uncommon.  Significantly, she also implicitly made the case for girls in higher education, finding that menstrual discomfort was not aggravated by “hard mental work”.

Chisholm’s conclusions were significant in light of the widely-held assumptions about menstrual ‘disability’ at the end of the 19th century.   Arguments against co-education used menstrual ‘illness’ as evidence that girls could not withstand the same rigorous education as boys.  Sex in Education, an enormously popular and controversial volume by Harvard Professor Edward H. Clarke, claimed higher education was causing “physiological disasters” for young women, impeding the growth of “peculiar and marvellous” reproductive “apparatus” and disrupting menstruation:

There have been instances … of females who the special mechanism we are speaking of remained germinal … They graduated from school or college excellent scholars, but with undeveloped ovaries.

First published in 1873, Clarke’s treatise started life as a guest lecture at the monthly meeting of the New England Women’s Club in 1872, and was met with, as Clarke mildly puts it, “an unexpected amount of discussion”.  Despite its popularity, the book had little impact on the spread of co-education on both sides of the Atlantic. Nevertheless, as American educator and suffragist M. Carey Thomas stated, Clarke’s tome was a “gloomy little specter” that haunted early college women with its “clanging chains.”

Women, Cooke writes, are “consecrated” by the arduous task of reproduction, which “dominates [their] entire being”.  The advent of the “periodical flow” therefore initiates “vast” physiological differences between men and women.  He also offers a grave (though fairly squeamish) warning against “intercourse during menstruation”:

“Sexual intercourse during the menstrual period … is dangerous for both parties, for reasons we will not dwell upon. It is sufficient to state the fact.”

In 1905 Emma Walker penned one of the first English guides for girls that addressed menstruation, offering stern advice to “keep a tighter grasp on your self-control” during the “periodic illness”.  Health advice literature proliferated at the end of the 19th century, and the health of girls was a regular feature of health periodicals and general domestic guides.  Increasingly, these guides were addressed directly to the girls in question, encouraging responsibility for their own health rather than the ‘traditional’ advice of their mothers.

Such guides framed the symptoms of menstruation as nothing alarming and urged a rational approach to hygiene and emotional stability. Though the new ‘menstrual rationale’ offered information and freedom not afforded to their mothers, much advice for girls in the late 19th and early 20th century still urged discretion.  “Too much care cannot be taken to keep yourself sweet and dainty”, Walker herself warned.

Ideas of menstrual ‘disability’ may have been successfully challenged by medical women like Catherine Chisholm, but notions of taboo and secrecy surrounding menstruation still persist to this day.

2 comments on ““Peculiar and Marvellous”: A Petite Exhibit on Menstruation in the Rylands Gallery #1”