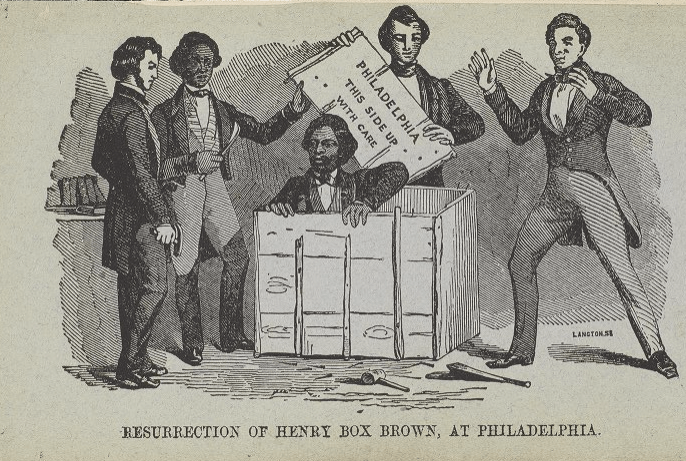 Frederick Douglass: a brave, courageous, tenacious and powerful man used his skills as an orator, author, publisher and lecturer to uphold his values. He was part of the abolitionist movement and the suffragists. His talents led him to become a trusted adviser to Abraham Lincoln, U.S Marshal, Recorder of Deeds.

Frederick was born into a life of enslavement in Maryland in 1818, suffering much cruelty and torture during his young life. One of his enslaver’s wives, Sophia Auld, taught him the alphabet before her husband banned her from continuing. Some people considered it ‘unlawful’ to teach enslaved people how to read. Frederick worked hard to learn how to read. Going hungry, he gave neighbourhood boys his food in exchange for them helping him to read and write. When he was around 12 or 13 years old, Douglass managed to buy The Columbian Orator, which was a popular schoolbook during that time. It ‘helped him to gain an understanding and appreciation of the power of the spoken and written word, as two of the most effective means by which to bring about permanent, positive change.’[1]

In early September 1838, he succeeded in his second escape attempt. (His first attempt led to recapture after his enslavers became suspicious and they were betrayed. N.B Any enslaved person could be tortured to find out if they knew anything of an escape plan.) He borrowed a freedman’s protection certificate from a friend and wore a sailor disguise sewn by his first wife, Anna Murray. Anna helped to fund his escape and later joined him in the north where they raised a family. Murray was an abolitionist and a member of the Underground Railway, whose story is inspiring in its own right.

Frederick began attending abolitionist meetings when he could, despite the dangerous repercussions, such as recapture. Douglass stood up when asked to speak at the first Anti-Slavery Convention in Nantucket. He is remembered for the powerful, emotive delivery of his speeches. In fact, after his first speech he got a job as full-time lecturer for William Lloyd Garrison’s American Anti-Slavery Society. Garrison was the speaker who followed Douglass’s speech that day and they would soon become friends.

Douglass travelled to Great Britain, touring the country giving speeches helping the abolitionist cause. He filled venues with people eager to hear him speak. After 21 months he decided to return to the United States to continue to fight for the people still enslaved. He knew he could face recapture and that there would be greater risk to his life, but he felt he could do more good there. Abolitionist friends helped raise funds so that he could start up a printing press on his return. He set to work tenaciously building up an anti-slavery newspaper called The North Star, in Rochester, New York. It was named after directions given to people running away from slavery to reach the northern states or Canada: ‘Follow the North Star’. Despite much opposition to his decision to create The North Star, Douglass is said to have responded, ‘I still see before me a life of toil and trials…, but, justice must be done, the truth must be told…I will not be silent.’[2]

Douglass wrote three autobiographies and a short story called ‘The Heroic Slave’. His first autobiography, Narrative of the Life of Frederick Douglass, was published in 1845 and was a treatise on abolition. Below is a quote from his second autobiography, My Bondage and My Freedom (1855):

It is not without a feeling of pride, dear reader that I present you with this book. The son of a self-emancipated bond-woman, I feel joy in introducing to you my brother, who has rent his own bonds, and who, in his every relation—as a public man, as a husband and as a father—is such as does honor to the land which gave him birth. I shall place this book in the hands of the only child spared me, bidding him to strive and emulate its noble example. You may do likewise.

My Bondage And My Freedom, by Frederick Douglass

In his third autobiography, The Life & Times of Frederick Douglass, written nearly 20 years after the emancipation of enslaved people, he was able to give a more detailed account of his life during enslavement and his escape from slavery. His previous autobiographies were less detailed to protect himself and his family from any violent backlash.

One of the people he helped was Henry Box Brown, who posted himself to Philadelphia. In the image below we see Douglass holding a crowbar as Henry Box Brown climbs out of a wooden delivery crate. He and his wife Anna housed people escaping slavery as part of the Underground Railroad Movement.

‘The Heroic Slave’ story was included in a collection titled Autographs for Freedom, compiled by the Massachusetts Anti-Slavery Society. Frederick was inspired by the story of Madison Washington, an enslaved cook on the ship Creole. In November 1841, Washington led a rebellion on board with 19 enslaved people. They successfully took control of the ship, which was on its way from Virginia to New Orleans, and ordered it sailed to Nassau in the Bahamas. The Bahamas was a British colony and only two years earlier Britain had abolished slavery. 135 people from the Creole gained their freedom and it was the largest and most successful rebellion of enslaved people in the history of United States.

Frederick Douglass continued to fight for human rights until his death in 1895.