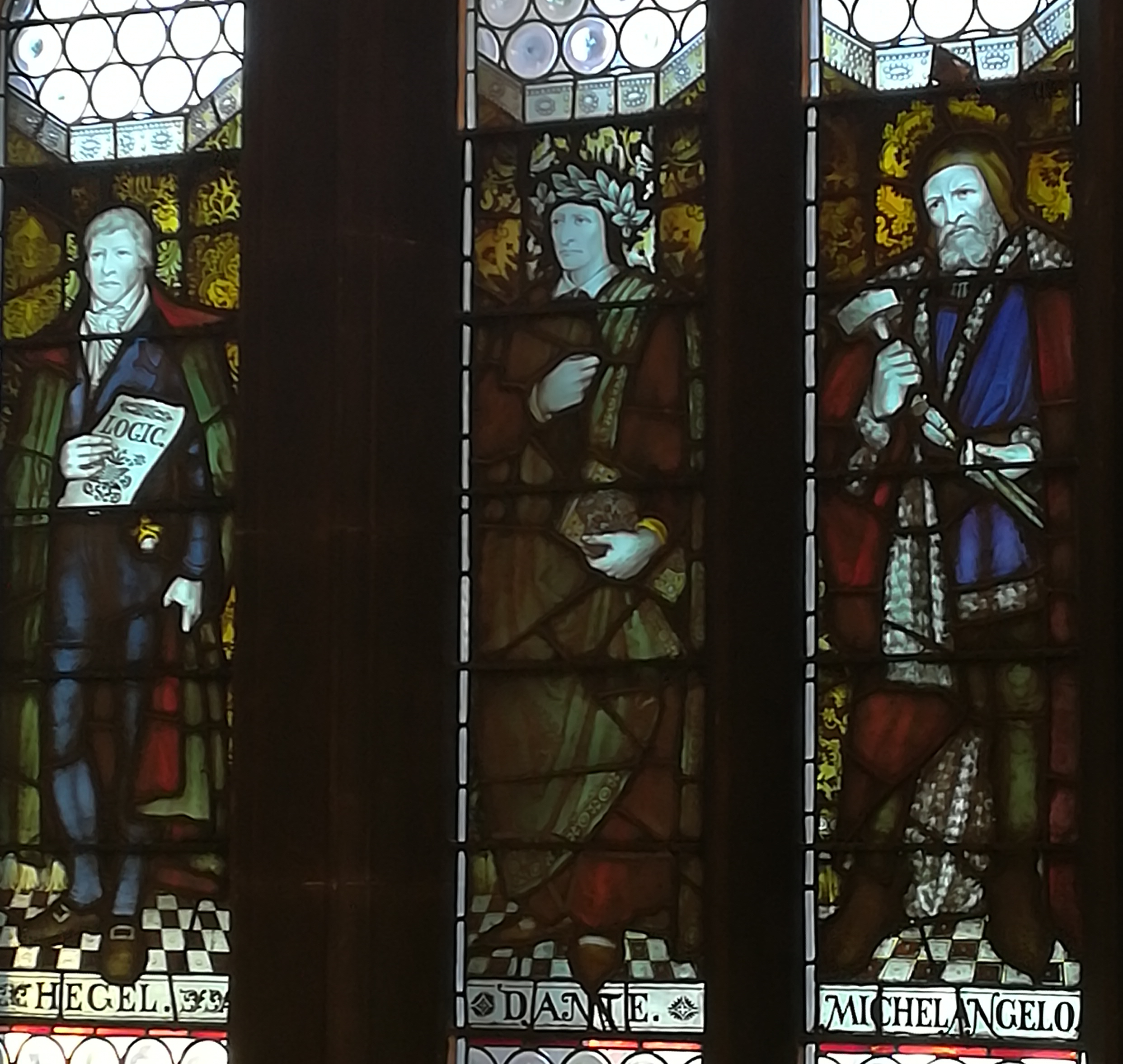 As part of my yearlong Writer’s Residency in The John Rylands Library I conducted a number of Walking Tours, and was delighted when LGBT Foundation asked if I’d put together a bespoke LGBT+ tour.

When designing the tour, I considered a number of themes. A long history of persecution has meant LGBT+ folk have had to search for ourselves in footnotes, margins and subtexts. We’ve been unwritten, rewritten or coded. Often, the only way to be sure of someone’s sexuality is because of a notorious court case (eg Oscar Wilde), an encoded journal (Anne Lister), that they lived in a country with a less hysterical attitude towards sexuality (French writer Collette) or because they were protected by wealth and privilege (Lord Alfred Douglas was not jailed after Wilde’s trial).

Where to begin? First stop was to consider my role as Writer-in-Residence and LGBT+. By simply being here, I’m representing, and as the title of this blog states – representation matters. If a group of people feel they don’t belong somewhere, they won’t visit. This was borne out by the fact that only one person who came on the tour had ever visited The John Rylands previously. Reasons given included feeling intimidated by the look of the place, or fearing they’d not feel welcome or comfortable as an LGBT+ person. Happily, this turned around by the end of the tour, everyone saying they’d visit again. Many took info on how to join the library.

I wanted to show how LGBT+ folk are represented in The John Rylands archives and collections. I am indebted to Jass Thethi’s great blog ‘Hidden Histories in John Rylands: LGBTQAI Icons’ for putting me on the right track.

No-one expected such an enthusiastic response: over thirty people signed up, and on a Saturday morning to boot.

First port of call was the historic toilets. There’s a long association of public toilets and gay history, so what better place to begin. I pointed out the door leading into cellars, and related this to the underground places LGBT+ folk have met socially. ‘Being Underground’ may be a metaphor for the hidden lives of LGBT+ people, but it’s also been a reality. I featured a fictional underground gay club on Deansgate in my novel ‘The Night Brother’, and read an excerpt as part of the tour.

Walking through the stone corridor, I encouraged people to look up and find dragons. It’s always fruitful to look in unexpected directions. I introduced the Chevalier d’Éon (Charles Geneviève Louis Auguste André Timothée d’Éon de Beaumont), who was part of a network of spies created by Louis XV. Considered by some to be Europe’s first openly transgender person, D’Eon wrote about his experiences & adventures in a memoir called Lettres, mémoires et négociations particulieres, which can be found in the Special Collections.

We climbed the staircase to the Historic Reading Room, and I pointed out Michelangelo in the stained glass window on the south wall above the statue of founder Enriqueta Rylands. Like a lot of queer representation, he’s hiding in plain sight. Michelangelo dedicated over 100 love poems to a man called Cavalieri Tommaso. The poems were published in 1623 by Michelangelo’s grand-nephew, Michelangelo the Younger, who was so shocked that he changed the pronouns in the poems to female. This not only erased Tommaso, who the poems were written for, but also a vital aspect of Michelangelo’s identity. The poems can be read at the John Rylands Library, ref: R127001.

I mentioned Dame Ethel Smyth: a prominent 19thC composer, leading light in the suffrage movement, and a prominent LGBT+ icon. She preferred masculine dress and had close intimate relationships with both men and women, including Emmeline Pankhurst, Henry Brewster, Edith Craig and Virginia Woolf. Whether or not they were sexual in nature is a whole other blog… Evidence can be traced through the letters she wrote to friends and colleagues, and the Special Collections contain some of her original letters. References to her various relationships can also be found in Virginia Woolf: A biography by Quentin Bell, reference R127916. I drew attention to the vital importance of archives and primary sources for revealing hidden histories that can easily be lost.

I closed the tour by suggesting that The John Rylands contains more LGBT+ treasures than might be apparent at first glance. Doing detective work can turn up fascinating stuff. Besides, digging beneath the surface and uncovering our queer history is something LGBT+ folk have always been good at. History doesn’t fit into a box, and when it’s written by prejudiced historians it is selective to say the least. We have to go back to the sources: to libraries and museums, and search the archives. Keep telling our queer histories and weave them into the tapestry of human history as a whole.

1 comment on “Representation Matters: An LGBT+ Walking Tour of The John Rylands Library”