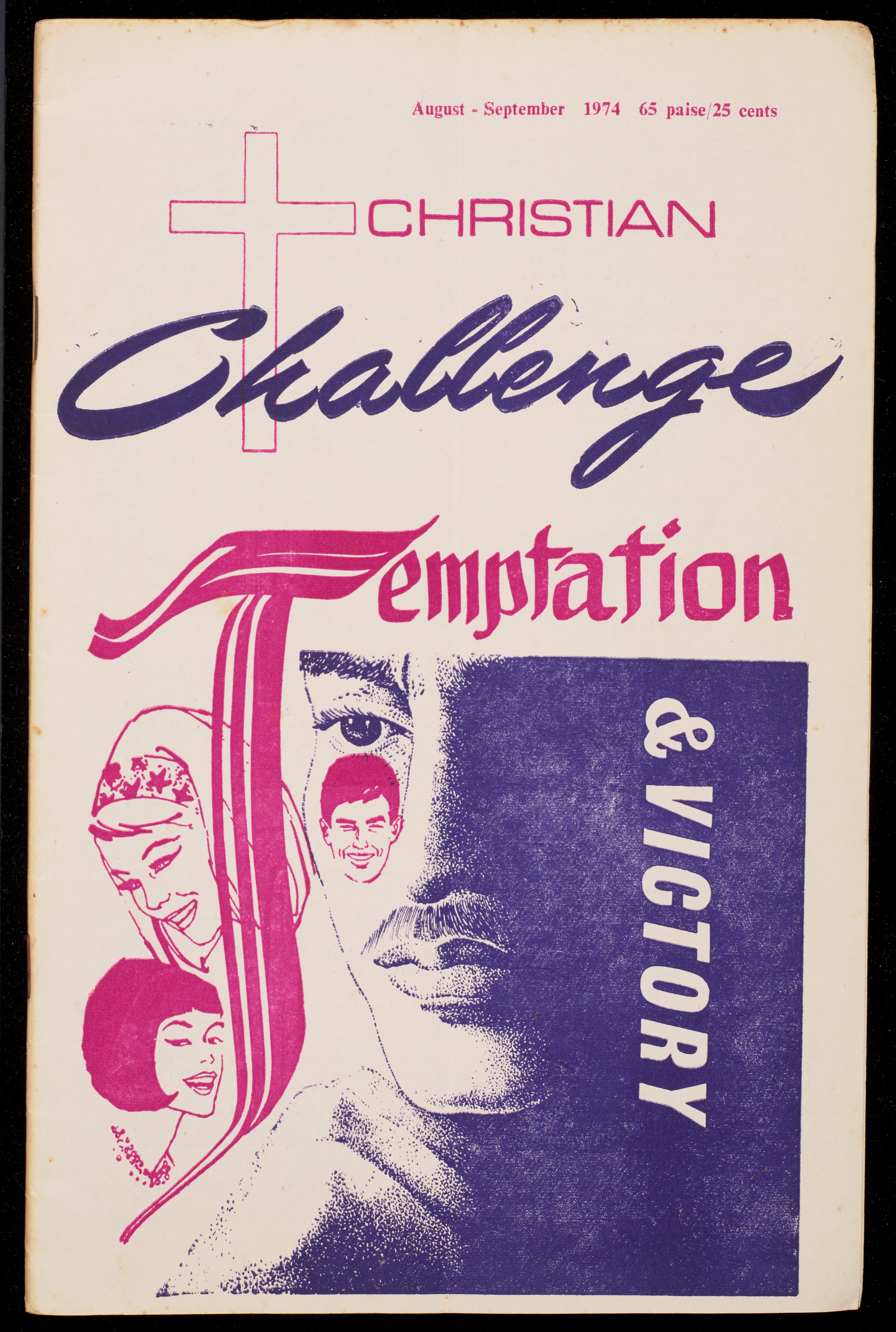 Much of my time at the John Rylands Library has been spent working on archives connected with small press experimental poetry and British countercultures (those of Dave Cunliffe, Jim Burns, Jeff Nuttall, dom sylvester houédard, etc.) containing a wide array of strange avant-garde and political material. I did however devote several weeks to assisting Archivist Lianne Smith audit the Christian Brethren Archive at the University of Manchester Main Library and I thought that it might be worthwhile sharing some reflections about both the contrasts and some surprising similarities between these seemingly very different kinds of collections.

The Brethren’s beginnings derive from the desire to reject ecclesiastical structure and ordination, believing in autonomous assemblies, lay ministry and the sanctity of scriptures. Sometimes called the Plymouth Brethren but divided between ‘Open’ and ‘Exclusive’ Brethren, the latter are sub-divided into several different groups over their own strict biblical interpretation, some unwilling to mix with wider society or even other Brethren sects. Historically the Christian Brethren are protestant evangelical churches originating in Ireland in the 1820s, spreading to Britain and then around the world. Particularly committed to missionary work, there may be as many as 26,000 branches with up to 1.5 million members globally. The Christian Brethren Archive contains approximately 7,000 manuscript items (including the papers of several founding members) alongside a large collection of around 16,000 books, pamphlets and tracts which continues to grow with donations of material from presses and editors. I helped by creating periodical lists, adding in newly acquired publications, weeding out duplicates and re-organising the shelves.

Although there was some initial shock at just how different the Christian material is to the countercultural, what quickly struck me was that both share a common missionary zeal – the Brethren spreading their biblical interpretation to recruit new church followers – little poetry magazines diffusing new forms of experimental verse, the avant-garde of Dada and surrealism and the new lifestyles of the 1960s they inspired. So although the messages carried by both kinds of publications could even be described as diametrically opposed (‘free love’ versus traditional Christian marriage, for instance) they both use small-scale printed journals to attract converts. Likewise the language used within the publications initially seems very different: avant-garde poetry and countercultural screeds unafraid to use the scatological, Brethren pamphlets avoiding blasphemy or swearing at all costs. A little deeper analysis however underscores that they both use closed linguistics which may seem otherworldly, arcane or down-right weird to outsiders but that are quickly recognisable and attractive to its target audience.

After spending months hidden away in the John Rylands Library basement listing hundreds of small press poetry journals, alternative newspapers and related ephemera much of which positively revels in its own cheap DIY fabrication it was a nice change to handle the glossy, well-produced publications of the Christian Brethren Archive. Whereas the periodicals and pamphlets within the Dave Cunliffe collection were quite obviously produced on a shoestring budget those of the Brethren show a well-funded publishing process with high-end production values, clear typography and professionally produced photographs and artwork. There were though some curious cross-overs between publications in the two archives in the late-1960s/ early 1970s when it seemed that the Christian press tapped into the late period hippie search for the spiritual. Cover images during this era feature young men and women with long hair looking a little scruffier than the usual target readership while some production techniques echoed those of the underground such as these mimeographed Christian Challenge magazines.

One surprising connection between the poetic counterculture and the Christian Brethren recently arose during my research when I realised that Bob Cobbing was raised as part of the Plymouth Brethren. Cobbing co-founded the Writers Forum group in 1963 with Jeff Nuttall, publishing numerous important works of experimental prose and poetry (and which still continues today as a small press). Cobbing was an influential sound and concrete poet who managed Better Books in London, an independent bookshop  which also housed avant-garde ‘happenings’, cinema, theatre and poetry readings which helped to spawn much underground activity. Cobbing passed away in 2002 and in his Guardian obituary Professor Robert Sheppard speculates that his background working in a Brethren family sign-writing business might have influenced both his typological concrete poetry experiments and played a part in the work ethic which produced so much creativity during his lifetime.

It shouldn’t be too much of a surprise to learn that I am generally more simpatico with the contents of the countercultural periodicals than those within the Brethren collection but even so I occasionally found myself as shocked by extreme libertarian opinions, ideas and images within countercultural publications as I was by some of the racial stereotypes and ideas about women’s social place within the Christian publications. How archivists relate to the material with which they work raises some interesting questions about judgements made around the value of different kinds of collections and the artefacts they contain. Is it possible to remain neutral, judge items on their merit and work hard to facilitate the externalising of material even if it holds messages which you distinctly dislike or disapprove of? Can only those who are in-tune with ideas held within an archive work with them or can something positive come through the tension between an archivist and the material? I certainly enjoyed the experience of working with the Brethren archive even if it did leave me pondering these issues.