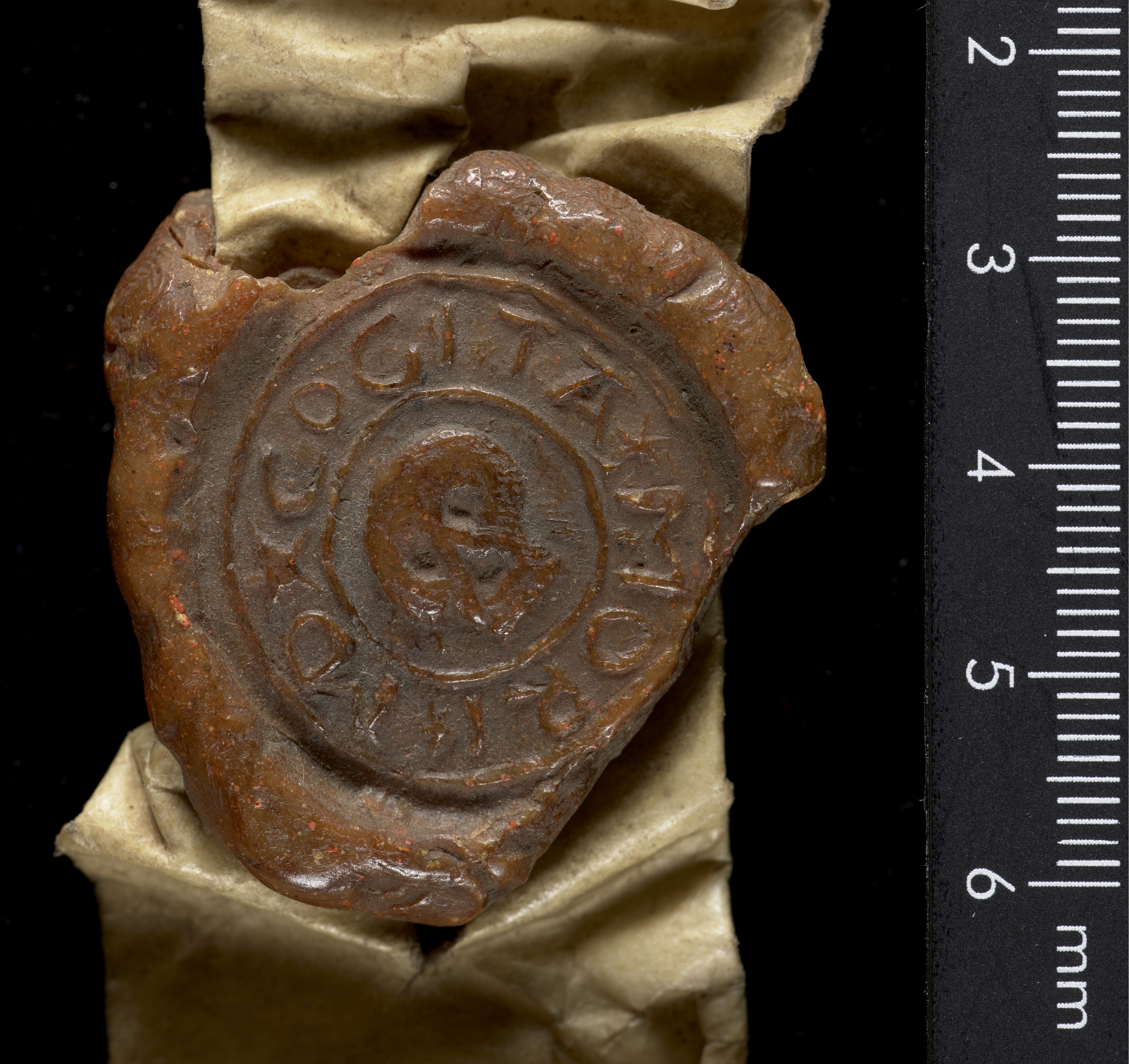 One of our archive volunteers, Sandra Cruise, has recently catalogued a collection of deeds from Cheshire. She writes:

The latest collection of deeds to be catalogued on ELGAR relates to the Finney family of Fulshaw Hall in Wilmslow, Cheshire. Members of the family included the merchant, Samuel Finney I (1642-1711/12), who made his fortune in the plantations of Barbados and who later settled in Pennsylvania, and his great grandson, Samuel Finney III, miniature portrait painter to Queen Charlotte (1719-1798).

The archive contains documents relating to the Finneys’ stewardship of the Fulshaw estate, which lasted into the 19th century; after the death of Peter Davenport Finney III in 1840, the estate passed to a kinsman, John Jenkins (1818-1883). The collection includes deeds of conveyance, leases, agreements, mortgages and bonds concerning property and land at Fulshaw and in other townships within the parish of Wilmslow, and making reference not only to the Finneys, but also to their tenants and other families in the area. There are also some 15th and 16th century charters featuring the Finneys’ predecessors at Fulshaw, such as the Verdons, Davenports and Newtons.

The collection owes much to the endeavours of Samuel Finney III (1719-1798) who amassed various deeds in the process of compiling An Historical Survey of the Parish of Wilmslow, published in 1785, and in attempting to recover his family estate from the debts incurred by his father, Samuel Finney II (1696-c.1764).

Originally from Finney in Staffordshire, the Finneys settled in the parish of Wilmslow at Dean Row around the beginning of the 17th century. The commercial success of Samuel Finney I in the cotton and sugar plantations of Barbados, where he was in partnership with a maternal cousin, Joseph Higginbotham, enabled him to purchase the Fulshaw estate from Roger Wilbraham of Nantwich in 1682, along with the neighbouring Alcock’s Green estate; he rebuilt the dilapidated timber structure two years later, on what is thought to have been the site of the house occupied by the Verdon family in the late Middle Ages.

Samuel Finney’s stay at Fulshaw was not prolonged, however. In 1701 he set sail with William Penn, becoming a member of the latter’s Council and settling in Pennsylvania at a place he named Finney, remaining there until his death around 1711/1712. The Pennsylvania connection was maintained by his son, John Finney (c.1671-1728), and grandson, linen merchant, Samuel Finney II (1696-c.1764), the latter in less delectable circumstances; having run up debts re-vamping and extending Fulshaw Hall and in pursuing a lifestyle beyond his means, he left for America, leaving his family in England. His last know whereabouts were in Philadelphia in 1764, a situation which caused considerable difficulties for his son, Samuel Finney III (1719-1798); abandoning the law for a career as a portrait painter in London, where he was appointed miniature portrait painter to Queen Charlotte, he eventually paid off his father’s debts and recovered the family estate. His brother, the successful Manchester grocer and merchant, Peter Davenport Finney I (1733-1800), built a house at Oversley Ford in Wilmslow, later taking up residence at Fulshaw after his brother’s death in 1798.

Papers relating to the personal and business affairs, and family’s affairs in Pennsylvania, as well as deeds and papers relating to estate matters, are held by Cheshire Archives and Local Studies; for a more complete picture of the family’s activities our archive needs to be used in conjunction with the above collection. Nonetheless, as it stands, the archive is a valuable source of information for local social and family history, many deeds giving topographical details, such as named fields, also details of tenants, family relationships and, in a few instances, husbandry practices.

The catalogue of the Finney of Fulshaw Deeds is available online here.